Best Bike trips near Mysore: Mysore, known as “The City of Palaces,” is a city in the Indian state of Karnataka known for its rich heritage, complex medieval architecture, silk sarees, and sandalwood.

There are numerous attractions that encourage tourists to come to this lovely state of palaces. As all of this is mirrored in historical monuments, Mysore is defined by its rich culture and legacy. However, if you’re looking for a little more excitement on your vacation, try road trips from Mysore, which will lift your spirits like never before. 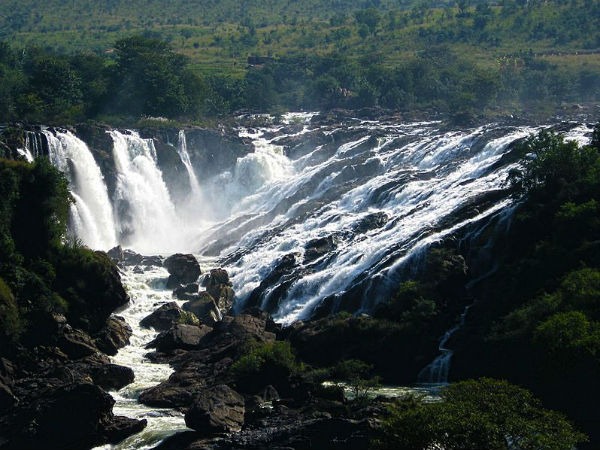 The lush green woodlands that surround the waterfall provide a serene atmosphere. Shivanasamudra reaches a height of 73 meters and is particularly beautiful during the monsoon season when the gurgling water reaches about 100 feet in speed and loudness.

This is a great 1-2 day weekend road trip from Mysore, and it may be the nicest bike ride you’ll ever experience.

Chikmagalur is one of Karnataka’s most well-known hill towns. Chikmagalur is ideally situated 3,400 feet above sea level and exhibits the Mulliyangiri range in all its imperious finery, and is conveniently located near Mysore.

Chikmagalur’s quiet and serene setting, as well as its reputation as Karnataka’s coffee capital, are important attractions for visitors. The Manikyadhara Falls, Belavadi, Ayyanakere Lake, Bhadra Wildlife Sanctuary, and Belavadi are just a few of the major attractions to visit in this hill area. From Mysore, this is a great two-day road trip. 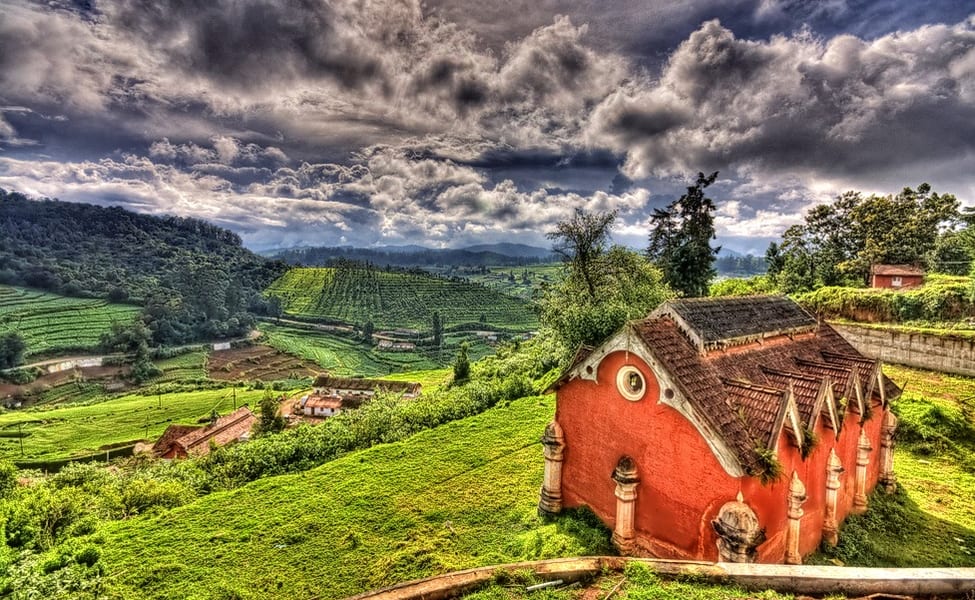 A road drive from Mysore to Ooty is always thrilling, especially when you’re traveling with a group of close friends or family members for a weekend or other special occasion.

Ooty is also known as Udhagamandalam and is lovingly known as the Queen of Hill Stations due to its breathtaking beauty. Ooty is a popular destination for unwinding, going on long walks, enjoying the cool weather, and resting with friends and family.

Ooty is one of the most popular tourist destinations in the Indian state of Tamil Nadu, and it is close to another natural wonder, Wayanad. You may see Ooty’s gorgeous Emerald Lake, as well as the lovely Botanical Gardens, Pine Forest, Rose Garden, and Wenlock Downs, among other attractions.

Once you’ve arrived in Ooty, aim to remain for at least 2-3 days to properly appreciate the town’s charm and character. 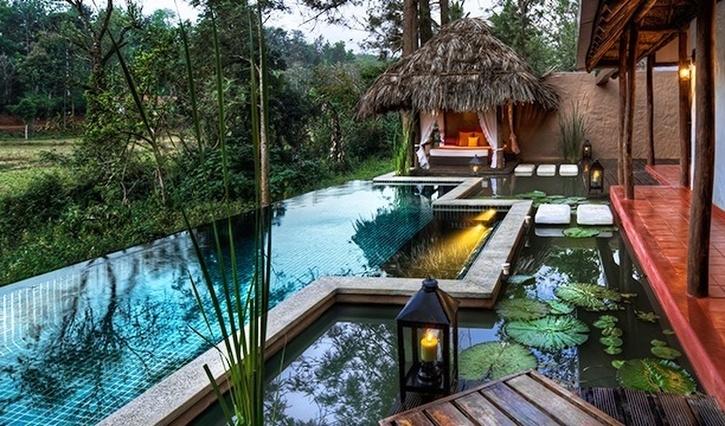 A road trip from Mysore to Coorg is surely magnificent, and this wonderful Scotland of India is located at 1525 meters above sea level on the scenic Western Ghats.

Coorg, the country’s largest producer of coffee, is conveniently placed near both Bangalore and Mysore, as well as Mangalore, and offers fantastic weather, magnificent scenery, and acres of coffee plantations. The lush foliage and panoramic views of Q Experiences Coorg come to life during the monsoon season.

It is suggested that you spend at least a couple of days in this sort of paradise. Tourist season begins in December and lasts until the end of January when the hill station reopens for the summer season. 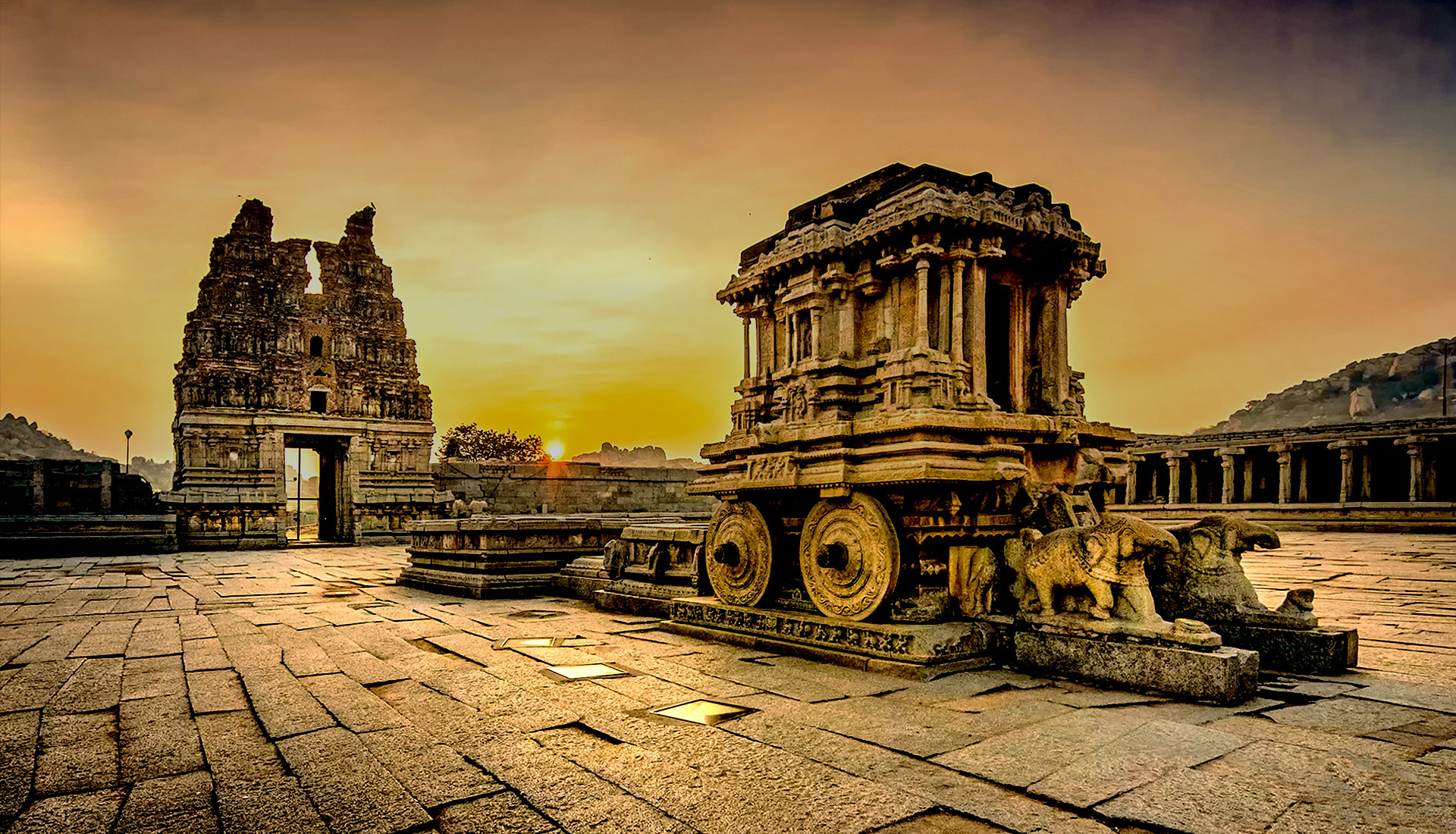 Hampi is an architectural and historical marvel that has been regarded as one of the world’s most famous heritage sites. Hampi is one of South India’s most popular tourist sites, being close to Hubli, Bellary, and Mysore.

Hampi, nestled on the banks of the beautiful Tungabhadra River in the state of Karnataka, is one of the region’s oldest villages. During the 15th and 16th centuries, Hampi was the capital of the strong Vijayanagar Empire and was also renowned as the largest and wealthiest city.

Aside from the diverse array of architectural structures, temples, and other wonders, Hampi is home to the Hampi Bazaar and Royal Centre, both of which are popular tourist destinations.

Because this is one of the longest road excursions from Mysore, it is recommended that you stay in Hampi for at least a couple of days to take in the variety of cultural treasures. 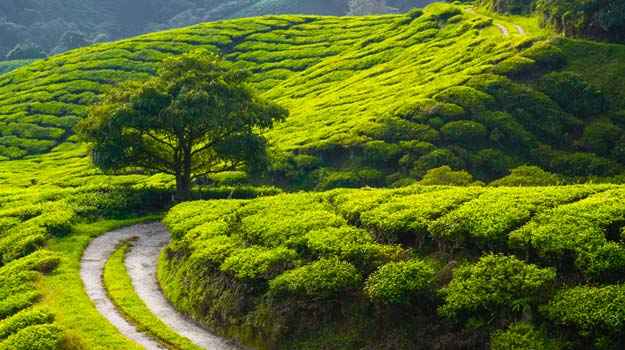 Wayanad is a well-known hill station close to Bangalore that provides the ideal road journey from Mysore. Mysore is 130 kilometers from Wayanad, and Kozhikode is 73 kilometers. If you’re going on a ride, don’t miss out on seeing the Banasura Sagar Dam waterfalls, Edakkal Caves, and Soochipara.

Wayanad is Kerala’s most popular tourist attraction, with picturesque hills and mountains at an altitude of 700-2100 meters in the western ghats. The region is recognized for its coffee, tea, spices, and pepper, among other things. 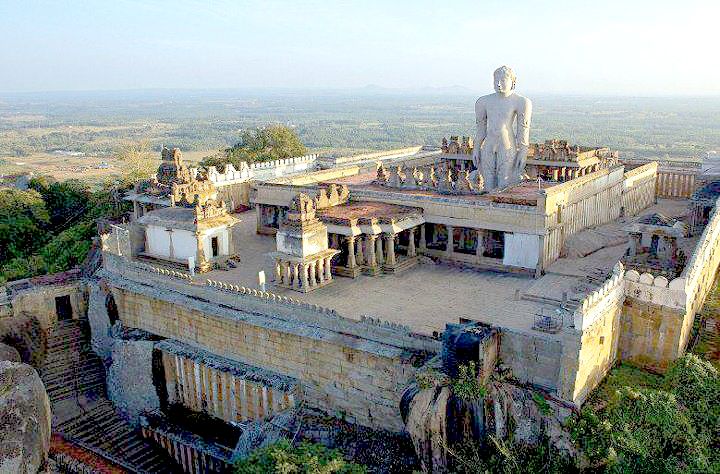 This tiny village, nestled around a lovely pond, is located 83 kilometers from Mysore and makes for a great weekend retreat if you want to get away from the crowds.

The town says that Hindu and Jain’s temples receive the most attention of all the tourist attractions, making it a great location if your parents are accompanying you. Furthermore, Shravanabelagola has a long and illustrious history that dates back to Emperor Ashoka’s reign or possibly much before. This is one of the best destinations to be taken from Mysore. 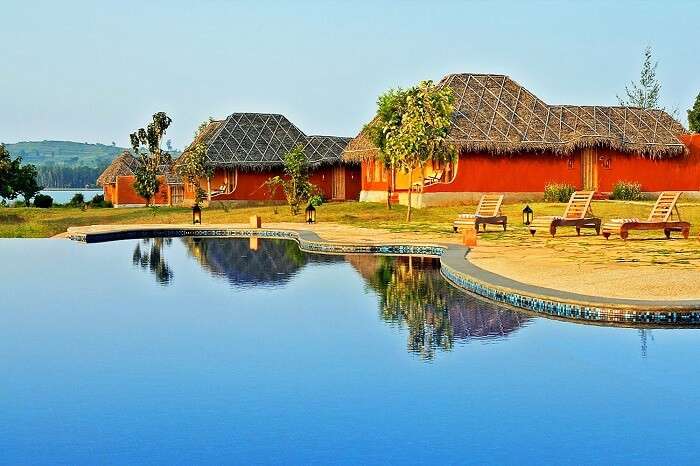 Kabini River is one of the most serene spots to visit near Mysore if you want to spend a weekend close to nature. The Kabini River will eventually join with the Cauvery River, one of India’s major rivers.

It winds its way through the jungles of Bandipur and Nagarhole National Parks, allowing visitors to experience a true wilderness on a boat journey. There are a variety of activities available, ranging from camping near Kabini to taking an exciting boat trip on the river’s choppy waters. This beautiful destination is the best bike trip from Mysore. 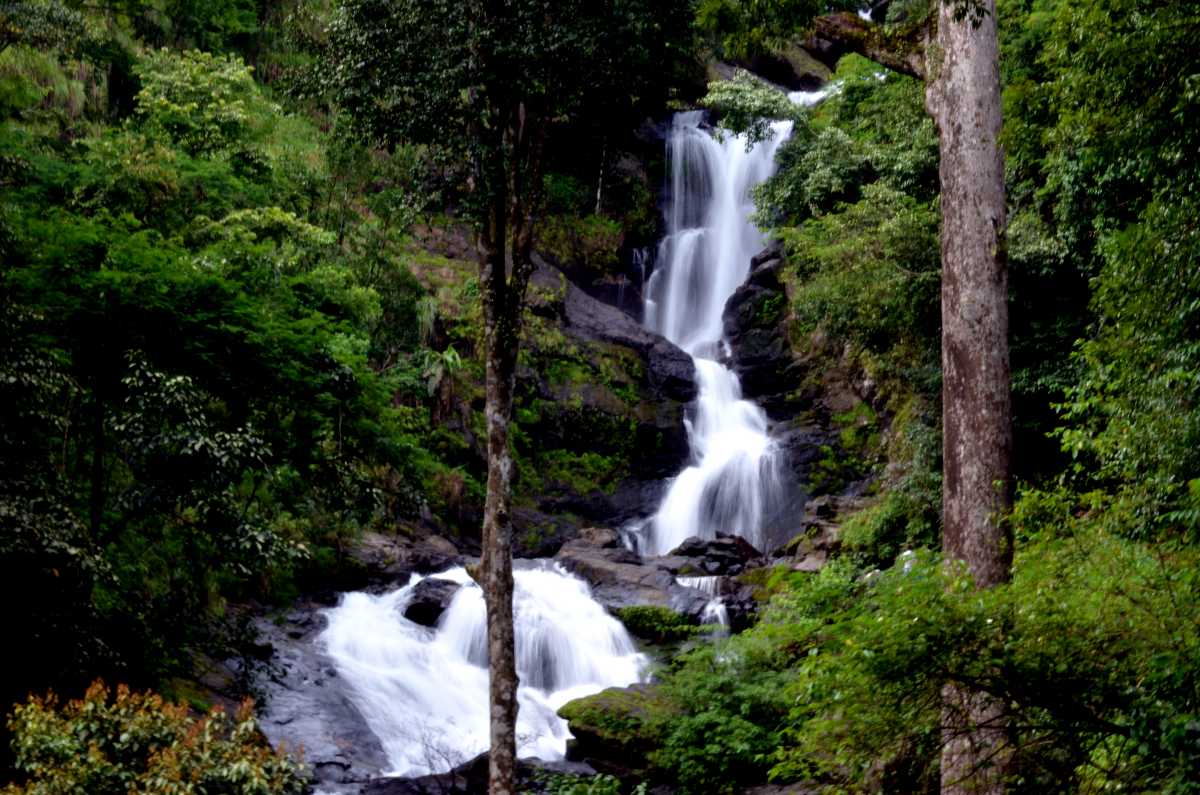 The grandeur of Iruppu Waterfall will encourage you to become a photographer if you aren’t already one. Iruppu Waterfall is a sight to behold, with a milky water stream flowing down a rocky slope after snaking through a lush forest.

Because of its proximity to Coorg and Mysore, it is also a popular weekend destination in addition to being a major tourist destination. Two drops create a calm atmosphere in this freshwater waterfall in the Brahmagiri Range.

After parking your car, you must walk about 1 kilometer to reach the venue. This visual feast destination is a must-take bike ride destination from Mysore. 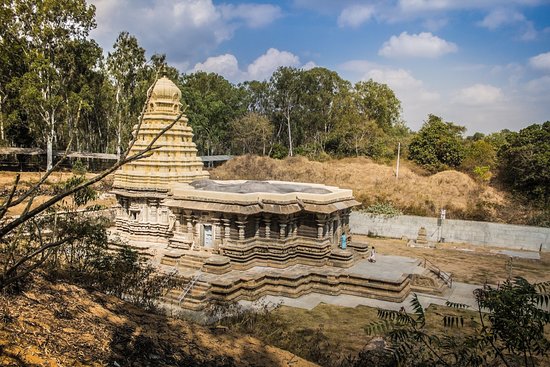 Talakad is an archaeologically significant settlement on the banks of the Kaveri River. In Talakad, you can see several beautiful temples that are surrounded by sand dunes. This would be one of your best bike trips from Mysore.

The site is also known for five lingam temples that represent Lord Shiva’s five faces: Pathaleshwara, Maruleshwara, Arkeshwara, Vaidyanatheshwara, and Mallikarjuna. The Pathaleshwara temple is supposed to change color from sunrise to dusk.

It turns red in the morning, black in the afternoon, and white at night. Talakad is a religiously significant place that draws history scholars, photographers, environment lovers, and Lord Shiva followers.